I may be wrong, but if I had to guess, I would bet our trio of 31.5 week old (gestational age!) preemies are the youngest Chelsea F.C. fans in the world. Thanks to Uncle Joe, they are are outfitted and ready for their first game as fans.

In other news, we had a low-key Sunday at the NICU. 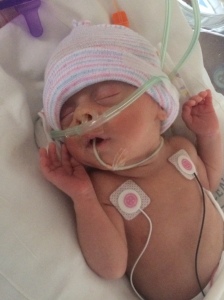 Jack, practicing for Halloween as one of the three little pigs. 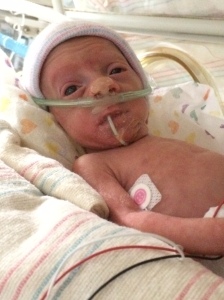 Henry, looking at Dad with a bit of skepticism. Perhaps he’s not sure about this whole Chelsea thing…

Sophie slept the day away, so it was her brothers’ turn to be awake and alert. And boy, were they determined to let us know they were awake! I swear they were in cahoots while setting off their oxygen alarms today. As soon as Henry’s would subside, Jack’s would start up. It went back and forth like that for the better portion of an hour. One of their first practical jokes as identicals…I am betting there will be many more to come!

One thought on “The Littlest Chelsea Fans in the World”